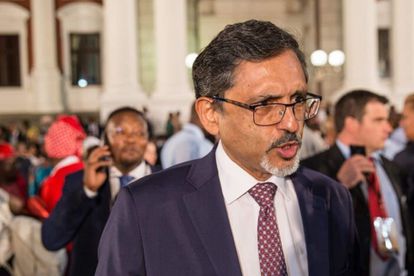 The Department of Trade, Industry and Competition (the DTIC) has expressed concern at reports that may have given the impression that Minister Ebrahim Patel is downplaying the impact COVID-19 will have on the South African economy.

Patel was last week quoted saying government was yet to take into account the potential cost the lockdown could have on the GDP, and termed the figures bandied about by economists as “guesstimations”.

Department spokesperson Sidwell Medupe says the misconception could have come as a result of an interview between the Minister and the Sunday Times.

Medupe says the report published by the publication was contrary to what Patel said while addressing Parliament in a virtual sitting prior to the interview.

“Our work has indicated that the pandemic will affect the South African economy in very deep and significant ways. The estimates of the impact vary,” Patel told Parliament. “The work is still being done as we see the extent to which different parts of the economy are affected.”

Patel’s views contrary to what was reported

Medupe slammed the subsequent reports for merely focusing on Patel’s response to the estimates.

He added that the Minister had again reiterated that the extent of the devastation the pandemic would have on the economy when he spoke at a meeting chaired by the Business Leadership South Africa.

“The Department would like to reiterate that Minister Patel has consistently put forward the view on the devastating impact of COVID-19 on the SA economy since the declaration of the national disaster. He pointed out already on 24 March 2020 at a media briefing that the pandemic will put a strain on the economy, including small business owners and ordinary citizens,” Medupe continued.

The department says Patel has called for all South Africans and corporates to pull together to ensure that our people and economy come through this challenge with their lives and livelihood intact.

It added that Patel recognised the impact the lockdown would have on the economy.

“It is imperative that there is a more measured and responsible public commentary during this trying times in our country in particularly and the globe in general, given the enormous consequence on human lives if we get it wrong.”