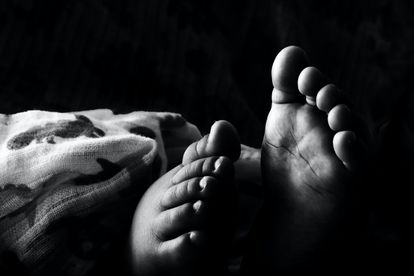 A man is facing murder charges for killing a baby by hitting him with a spade. PHOTO: Pexels.com/Frans van Heerden

A man is facing murder charges for killing a baby by hitting him with a spade. PHOTO: Pexels.com/Frans van Heerden

A man out on parole bludgeoned a five-month-old baby to death in the North West. He was actually trying to assault the mother who had the baby on her back at the time.

MAN STRIKES BABY TO DEATH IN ARGUMENT WITH MOTHER

Lazarus Chaka Hambone, 38, appeared before the Leeudoringstad Magistrates Court on Wednesday. He faces charges of murder for allegedly killing a five-month-old baby.

According to reports, Hambone got into an argument with his 16-year-old niece at Extension 4 in Kgakala Township, Leeudoringstad.

The 16-year-old is the mother of the infant, said the National Prosecuting Authority (NPA).

The mother had the baby boy on her back when the argument took place on Sunday, 6 November, regional spokesperson Henry Mamothame said.

“He then went outside and came back with a spade. He tried to assault his niece but ended up hitting the five-month-old baby boy.”

But the baby boy died due to head injuries, said Mamothame.

ALLEGED INFANT KILLER IS ACTUALLY OUT ON PAROLE FOR MURDER

It is not the first time that Hambone faces a murder charge. The accused baby-killer is actually out on parole for a 2011 murder case.

This is the reason why the state will oppose bail, said Mamothame.

“The Leeudoringstad Magistrate’s Court postponed the murder case… to 22 November for consultation. A legal aid attorney requested a further postponement to consult [and for] preparation for bail application. The court granted it. The state will oppose bail as the accused is a parolee on a murder case that occurred in 2011,” he said.

Hambone is to remain in police custody until his next appearance.

ALSO READ: Serial rapist victims include woman who was carrying her baby

Meanwhile, a man accused of killing, raping and mutilating a 4-year-old girl is expected to spend the festive seasons in jail.

Ntokozo Zikhali is to return to the Benoni Magistrates Court in February for allegedly killing Bakgabo Poo in Benoni. The little girl was reported missing on 10 October but she was found dead with her body parts missing. Zikhali was caught on CCTV camera walking with Poo on the day of her disappearance.