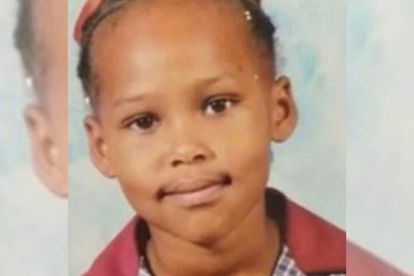 The Democratic Alliance (DA) says it has been waiting for President Cyril Ramaphosa to conduct a full review of South Africa’s parole system but to no avail.

This comes after countless cases of gender-based violence have ravaged the country. The latest was that of eight-year-old Tazne van Wyk. She disappeared on Friday 7 February on her way to a nearby tuckshop in Elsies River.

Two weeks later, the arrest of a 54-year-old man by the name of Moehydien Pangaker, led police to her lifeless body in a stormwater pipe near Worcester.

Pangaker was out on parole at the time of Van Wyk’s murder which sparked an anger like no other amongst community members. Had he been locked up for previous crimes — 11 to be precise — Van Wyk would have perhaps still been alive.

Since the untimely death of Van Wyk, Ramaphosa said that the South African parole system should be reviewed. He also said that men who rape and kill women should never get bail.

In an interview on Monday 24 February, Minister of Justice and Correctional Services, Ronald Lamola, said his department is already instituting a “full review” of the parole system.

“The problem is that we have heard President Ramaphosa commit to this before and nothing came of it,” said DA national spokesperson Solly Malatsi.

“In September last year, following the tragic death of Uyinene Mrwetyana, President Ramaphosa addressed protesters outside Parliament and even went as far as saying that ‘those who rape and kill women should not get bail,” added Malatsi.

Mrwetyana was a film and media student at the University of Cape Town (UCT). She visited the Clareinch Post Office in August 2019, when she was told by an employee to return later that day due to the power being off.

When she returned, Luyanda Botha was the only one there and it was established that the employee brutally raped and then bludgeoned her to death. The man allegedly confessed to police after he was arrested and shared the illicit details with them about the last hours before her death.

A review should have been held years ago

The DA says the ANC government committed to a review of the parole system years ago and nothing came of it.

“In May 2018, then Minister of Justice and Correctional Services, Michael Masutha, announced that he was meeting with stakeholders ‘on the review of the parole system’ that had already started years ago. We did not hear about this again until the president’s most recent utterances,” said Malatsi.

“Too much time has passed and too many lives have been lost,” it said.

The DA is calling on Ramaphosa to urgently address parliament on the status of the announced review process — provide an exact date of when it will be finalised — and to hold Lamola accountable.