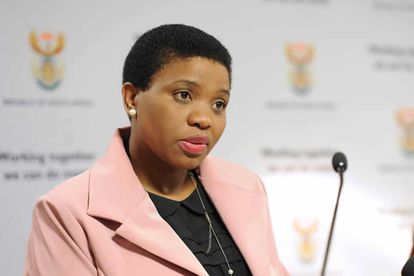 Parliament’s portfolio committee on justice revealed it would not halt its bid to remove Nomgcobo Jiba and Lawrence Mrwebi from the National Prosecuting Authority (NPA) despite the formers appeal to review the decision by President Cyril Ramaphosa.

No plans to halt review of Jiba and Mrwebi

The committee was due to meet on Tuesday to discuss written defense applications from both Jiba and Mrwebi as to why they should keep their positions at the NPA. This meeting will go ahead as planned.

“At this stage, the committee will continue with its programme, as we have not been formally informed or interdicted to stop our proceeding,” said chairperson Bulelani Magwanishe.

Regardless of the appeals by the NPA’s former deputy director of national prosecutions (Jiba) and special director of prosecutions (Mrwebi), Parliament is duty-bound to respond to the President within 30 days once he has sent a report.

“We do not want to be in violation of the law. In terms of the draft programme, we must finish the process by August 27 and report to the National Assembly by 3 September,” Magwanishe explained.

What they did wrong

Jiba and Mrwebi were initially removed from their positions within the NPA by President Ramaphosa following a recommendation from the Mokgoro Inquiry.

The inquiry accused Jiba of a number of offenses, including nepotism and cronyism, especially in the dismissal of Hawks chief Johan Booysens, apparently without any grounds to do so. The inquiry further stated she “lacks conscientiousness in considering the reputation of the NPA” ahead of her own reputation.

Mrwebi came under fire for his decision to withdraw charges against Richard Mdluli and showed a “lack of integrity towards the rule of law” in doing so, according to the Mokgoro.

The initial reaction to their apparent transgressions was swift and severe with the Pretoria High Court ruling they should be barred from the legal profession.

However, this ruling was overturned by the Supreme Court of Appeal and the new judgment was upheld by the Constitutional Court giving the pair some breathing room and the belief they may be able to stay Parliament’s hand too.

Jiba even went on the offensive, claiming President Ramaphosa’s decision to remove her was an abuse of his powers.

“The president’s decision to declare me a prohibited public servant will not stand judicial scrutiny because it is self-evidently wrong amounts to an abuse of executive power, alternatively a failure to properly exercise that power,” she said.

This has clearly not turned out to be the case, though, as Parliament has pledged to forge ahead with its plans for the time being.