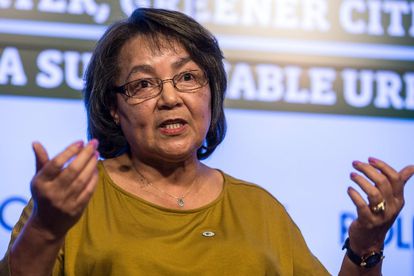 Public Works and Infrastructure Minister, Patricia de Lille, says the final report into the fire which gutted the National Assembly building earlier this year, has been handed over to the Speaker of Parliament Nosiviwe Mapisa-Nqakula and the National Prosecuting Authority (NPA).

Zandile Mafe faces a string of terrorism related charges related to the blaze and has been in custody since January. The State alleges that Mafe engaged in terrorist activity by setting Parliament on fire and destroying the Old and New Assembly buildings.

Patricia De Lille has cited the report, which says it would cost R1 billion to repair the Parliament building damaged by the fire.

“It’s just over R 1.2 billion and that is the estimated cost by the Development Agency. So, once parliament decides to redesign the internal part of the National Assembly that will be considered what parliament wants to redesign the building,” De Lille said.

As previously reported, Mafe’s legal applications have seen his defence appear in the High Court on his behalf on a number of occasions.

Dali Mpofu, who leads Mafe’s defence, also twice appealed the accused’s refusal of bail. At first, the court reached a split decision. In May, a third judge was added to the bench and the appeal was dismissed after another split judgement with two of the three presiding officers ruling against the appellant.