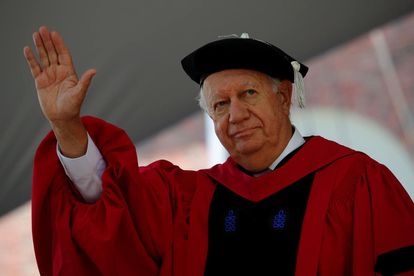 Ricardo Lagos is a member of The Elders and was president of Chile when that country implemented universal healthcare similar to the NHI.

Ricardo Lagos is a member of The Elders and was president of Chile when that country implemented universal healthcare similar to the NHI.

South Africa’s parliament has sought the opinion of a group of former international leaders known as The Elders on the much-criticised National Health Insurance (NHI) Bill.

Seeking guidance from The Elders

The group of former leaders was started by South Africa’s own Nelson Mandela back in 2007 with the mission of working both publicly and through private diplomacy to engage with global leaders and civil society to resolve conflict and address its root causes, to challenge injustice, and to promote ethical leadership and good governance.

It is currently chaired by Mary Robinson, the first woman president of Ireland, with former United Nations Secretary-General Ban Ki-Moon as deputy chair.

Ricardo Lagos, who was president of Chile when that country implemented universal healthcare, is also counted among the ranks of The Elders, along with the former president of Colombia and Nobel Peace Laureate Juan Manuel Santos.

The purpose of the proposed NHI Bill in South Africa is to establish and maintain a healthcare fund, funded through mandatory prepayment that aims to achieve sustainable and affordable universal access to quality healthcare services.

It will provide every citizen with essential healthcare, regardless of their employment status and ability to make a monetary contribution to the fund.

Criticism of the NHI Bill

The model is based on similar universal healthcare systems instituted in the United Kingdom and Japan, but it has come in for heavy criticism from business leaders, opposition parties, and the private healthcare sector since the proposal was first brought before in Parliament.

“As anticipated, the NHI Bill has not changed much since the first problematic version was tabled during the 5th Parliament,” DA shadow minister of health Siviwe Gwarube said.

“The Bill, as it stands will not in any way, be able to achieve universal health coverage.”

While the Institute of Race Relations is not convinced that government has the capacity to be able to effectively manage a healthcare fund of this magnitude.

“The government claims these controls will be effective in cutting costs and enhancing quality. But the huge bureaucracy needed to implement them will be costly in itself,” the institute said.

It is also believed the NHI will be too expensive for an economy that has already been brought to its knees by poor governance, graft, and corruption.

However, as mentioned, The Elders include leaders who have successfully implemented universal healthcare and has the overall purpose of challenging injustice so they are natural allies to concepts like the NHI Bill.

“We implemented reform by firstly targeting certain diseases in the early stages of the NHI and gradually added more diseases as the system improved,” said Lagos of how they achieved universal healthcare in Chile.

While Former Prime Minister of Norway and Director-General of the World Health Organization Gro Harlem Brundtland challenged the notion that South Africa cannot afford to implement the NHI because of a sluggish economy.

“I think it’s important to challenge the view that the NHI Bill is unaffordable. Many countries have implemented NHI in times of economic difficulties such as Britain, Chile, Thailand, and Norway,” she said.