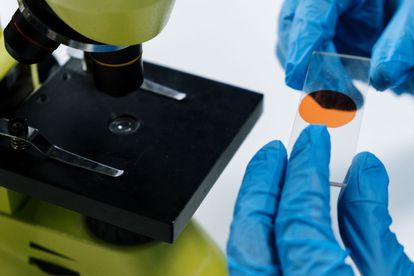 After about three years parliament was to, but did not, meet to approve an Amendment Bill for DNA samples to be taken from convicts of heinous crimes. Photo: Pexels/CottonBro

After about three years parliament was to, but did not, meet to approve an Amendment Bill for DNA samples to be taken from convicts of heinous crimes. Photo: Pexels/CottonBro

The far-reaching suffering and turmoil of rape and murder is an unenviable ordeal. So to endure it only to know offenders could repeat or go unpunished for other crimes is a pain in itself. That is what parliament has been accused of, giving these convicts a chance at evading the law and robbing victims of potential justice.

The Parliamentary Portfolio Committee on Police oversees the police department, South African Police Service (SAPS) and other statutory entities. These include the Independent Police Investigative Directorate, the Civilian Secretariat for Police Service, the Private Security Industry Regulatory Authority, the National Forensic Oversight and Ethics Board (DNA Board), and the Hawks.

The committee postponed their meeting on Friday for the approval of the Criminal Law (Forensic Procedures) Amendment Bill. No reason or new date was given and this has ruffled the feathers of lobbyist group Action Society.

The new law states that DNA samples must be taken from all citizens convicted of schedule 8 crimes. These include rape, murder, human trafficking, robbery, and culpable homicide.

The purpose of the amendment is to populate the National Forensic DNA Database. However, the approval of the DNA law has been neglected since 2019.

Once the parliamentary Portfolio Committee approves the Amendment Bill it will be sent to parliament for final approval and promulgation by the President.

Ian Cameron the director of community safety for Action Society finds the cancellation of the meeting very disappointing.

“By postponing the meeting once again, rapists will still get released without their DNA samples being taken. They are free to continue raping with no fear of being traced in future or of being linked to previous crimes. Thousands of cases are not resolved, and cold cases cannot be finalised. It seems that government has no urgent resolve or political will to protect the innocent women and children of South Africa,”

Cameron says while government drags their feet, almost 100 000 violent criminals have been released since 2016 without submitting a DNA sample.

“The recent case of Gerald Khomotso Makua from Limpopo is a perfect example of how crucial DNA evidence is in the fight against crime. Makua was sentenced in the High Court in Polokwane after he raped an elderly woman, killed her, cut her up and threw her body parts into a pit toilet,”

Makua also raped another woman and was only tracked down a year later due after the victim reported him and DNA samples were used to make the link.

“This is very irresponsible and a slap in the face of every victim of a sexual offence.”