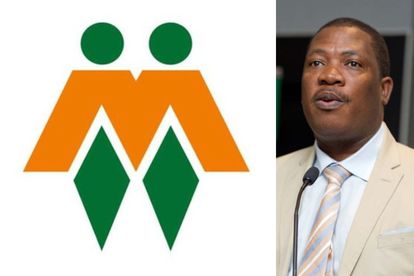 Panyaza Lesufi has until close of business today, 29 July, to apologise to AfriForum for calling the group a ‘racist organisation’. Photo: @afriforum / Twitter and GCIS / Flickr

Panyaza Lesufi has until close of business today, 29 July, to apologise to AfriForum for calling the group a ‘racist organisation’. Photo: @afriforum / Twitter and GCIS / Flickr

Gauteng Education MEC and ANC chairperson Panyaza Lesufi has until 17:00 on Friday, 29 July, to apologise to AfriForum.

Lesufi and AfriForum have been making headlines after the MEC referred to the group as a ‘racist organisation’ during an interview. AfriForum has since demanded an apology from the ANC Chairperson in Gauteng – if not he will face a lawsuit and a R500 000 fine.

While AfriForum CEO Kallie Kriel noted that free speech is important, Kriel stated that the ANC Gauteng Chairperson’s comments were both ‘wrongful and defamatory’.

MEC and AfriForum faced issues in 2019

This is not the first time the group and Lesufi have faced problems with each other, reports EWN.

In 2019, Lesufi had a defamation suit filed against him by AfriForum. This followed another interview with Lesufi where he stated that the group was attempting to have him ‘assassinated’.

AfriForum vs Lesufi: Group demands R500k or day in court from MEC

Previously, it was reported that Lesufi claimed that the lobby group is a ‘racist organisation’. He has since been requested to pay R500 000 – or defend his claims in a court of law. Lesufi is alleged to have made the claims about AfriForum in an interview last month, this followed his election as ANC Gauteng Chairperson.

On 5 July, AfriForum lawyers served the Education MEC a letter of demand. In the letter, the group claimed that the MEC’s comments were both ‘wrongful and defamatory’ adding that Lesufi was aiming to label the organisation as racist.

Since AfriForum caught wind of the comments, they have demanded that the Gauteng ANC Chairperson retract his comments and pay a fee of R500 000 before the close of business on Friday, 29 July. Read the full story here.