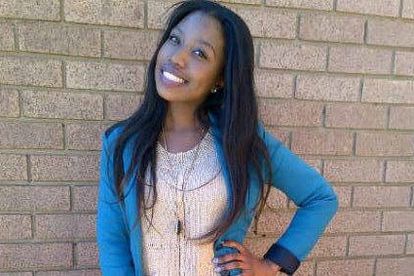 Tshidi is the friend that Palesa was visiting in August 2013 when she disappeared, she is also the Niece to the accused.

The state witness told the court that she last saw Palesa at her home on August 12 when she left for work.

“My grandmother woke up first in that day and prepared to go to work, I then woke up after her to prepare for work as well , while I was preparing , Palesa was in bed in her pajamas and we were just chatting, “

“When I left for work I told Palesa to leave the keys to the main house in the garden, she knew the spot where we kept the keys,” said Tshidi.

She further told the court that on the day Palesa went missing she tried to reach her on the phone the whole day but failed to do so as her cellphone was on voicemail.

“When I arrived from work at 7pm that day I found my grandmother at home and told her that I have been trying to call Palesa the whole day and Dumisani Mkhwanazi who later arrived at home said he has seen Palesa leave in the morning, he even described how she was dressed, “ Tshidi added.

Tshidi said it was at that point when she realized that her uncle (accused) didn’t go to work that day.

Tshidi further told the court that a day after failing to reach Palesa she got a call from Palesa’s sister Tebogo asking about the deceased’s whereabouts.

“I then informed them that Palesa was with us the entire weekend at my home but I’m also failing to reach her, that’s when myself and the Madiba family went to the police station to open a case,”

The state witness also relayed to the court the day which Palesa’s remains were discovered at her home in Phiri.

Tshidi said she was not present on the premises at the time of the discovery, she got a call from her grandmother to come home.

“My grandmother called me and said Tshidi there are police here at home , they discovered a dead body in the yard,”

“When I got home I found the media, police and the community, I then asked one of the police officers if I can go in to go identify the body I might know who it is, the officer told me that I can’t go in and it’s no longer a body it’s skeletons,” said Tshidi.

Dumisani Mkhwanazi’s lawyer Dominic Thinane then cross-examined and asked if the accused was present when the body was discovered?

Tshidi said he was not present they had to call him.

“We called him and told him about what is happening at home that there are police and they found a dead body, Dumisani then said he won’t come home because he doesn’t want to get beaten up by the community for something he doesn’t know, let’s rather meet at the police station,” said Tshidi.

She then confirmed to the court that they indeed did met the accused at the police station and he was questioned by police however he was not detained on that day.

Tshidi is expected to continue with her testimony on Friday.

More witnesses are expected to take the stand in the case.