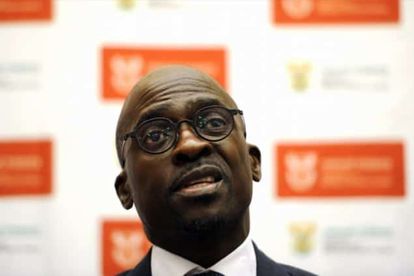 He spoke mostly in isiZulu, and used the “few controlling the many” line of attack. He targeted the ‘monopoly’ held by a small number of powerful people who serve to only enrich and look after themselves.

Gigaba pointed to the Johannesburg Stock Exchange as his main source of evidence, citing that there are very few black-owned companies registered with them. He believes that the number is actually less than 5%.
What Malusi said… Five key points from his speech:

Read: Treasury in hot water as Gigaba’s adviser says SA must be ready to be like Zim

Gigaba spoke openly and candidly about the junk status looming over the SA economy. Given that he has been at the eye of the storm during the cabinet reshuffle and economic downgrade, the Finance Minister has no choice but to face the matter head on. He warned that the effects of a long-lasting junk status could lead to runaway inflation that hits the poor harder than anyone else.

Saturday’s speech was a flirtation with populism for Malusi. The ‘few against the many’ approach was the bedrock of his argument and predictably went down well with his audience.

The problem is, however, people in glass houses should not throw stones. You have to be incredibly careful protesting corruption if you’re employed by Jacob Zuma.