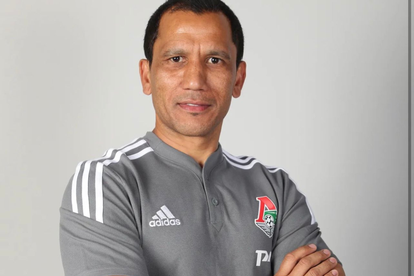 The deal was announced by the club on Tuesday night.

Davids earns the move after he was bizarrely released by the Sea Robbers while Mandla Ncikazi remained to assist Jose Riveiro.

The former striker was available to share his reaction to the massive opportunity to work in Europe under his former Orlando Pirates colleague, Jozef Zinnabauer, who is now the head coach at Lokomotiv.

“It’s a huge honor being a part of such a huge institution of Russian football,” the former Maritzburg United coach said.

“Lokomotiv Moscow is well known amongst South African fans as it was the club of the late Jacob Lekgetho many years ago. I am here to be part of the future success of the club and it all starts today,” he added.