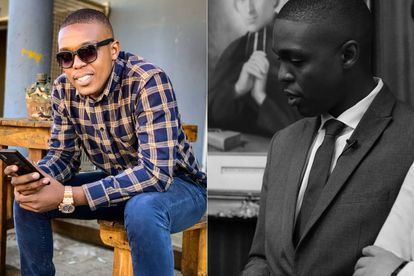 Operation Dudula leader Nhlanhla ‘Lux’ Dlamini addressed supporters outside the Roodepoort Magistrate’s Court on Friday, 27 May. Lux made a brief appearance before the court.

The Operation Dudula head faces charges of housebreaking, theft and malicious damage to property. The charges follow news that members of Operation Dudula descended on a house in Soweto suspected to be filled with drugs. This happened in March.

After appearing in court, where the case was dismissed to 27 June, Lux promised his supporters that Operation Dudula would take action in areas where the SA Government failed.

“We were in a meeting yesterday with all the hostels … It’s going to be a Soweto programme, we are going to build informal settlements outside politicians’ houses,”

The movement’s leader revealed that the first settlement will be built outside the home of Johannesburg Mayor Dr Mpho Phalatse.

Supporters and activists gathered outside the court

A number of Lux’s supporters gathered a block away from the court. Police officers manned temporary fences erected around the Roodepoort Magistrate’s Court building.

Miles Bhudu, a prisoner rights activist, was visible in his orange jumpsuit. A far cry away from the dozens of Lux’s supporters dressed in camouflage clothing. Bhudu’s legs and arms were chained as he held a sign that read:

“Nhlanhla Lux Dlamini, you are found not guilty and discharged”.

Bhudu believes that Lux has been criminalised adding that the ongoing case is reminiscent of apartheid-era tactics that were used to silence activists, reports TimesLIVE.

“Nhlanhla Lux has been arrested for criminal reasons and they want to criminalise him. He is no criminal,”

Previously, it was reported that Operation Dudula Leader Nhlanhla Lux has been told he could face the possibility of three months in jail, if he fails to comply with court orders set down. The controversial figure, who has shot to prominence as the head of the anti-illegal immigration group, was detained by police for raiding a suspected drug dealer’s house in Soweto.

He was summoned to the Meadowlands Magistrate’s Court in Gauteng, after a warrant for his arrest was actioned. Nhlanhla Lux initially appeared in court three years ago, for the alleged assault of his mom’s tenant.

Following a brief appearance, Nhlanhla Lux was issued with a ‘caution and discharge’ sentence – which essentially means the legal investigation into this particular incident is done with. Read the full story here.