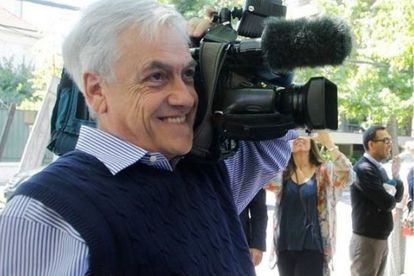 Sebastian Pinera in 2010 sworn in as president of Chile. A 6.9 magnitude earthquake struck Chile after being sworn in as President. Image: Wikimedia Commons

Sebastian Pinera in 2010 sworn in as president of Chile. A 6.9 magnitude earthquake struck Chile after being sworn in as President. Image: Wikimedia Commons

Here’s a look at what happened on this day, 11 March, throughout history. We remember the news, events, and people that influenced the course of history forever.

2016 | Following heavy rain in Brazil, at least 21 people were killed by flooding and mudslides in and around São Paulo.

2012 | A U.S. soldier killed 16 civilians in the Panjwayi District of Afghanistan close to Kandahar.

2010 | A 6.9 magnitude earthquake struck Chile as billionaire Sebastian Pinera was sworn in as President.

ALSO READ: What happened on 10 March?

1972 | Jack Charlton played his 600th League match for Leeds United on this day and after 12 minutes scored the only goal of the First Division match against Coventry City.

2016 | An American romantic comedy “The Perfect Match” was released on this day in the U.S. It was directed by Bille Woodruff.

There are four countries in the world with the name Guinea in their name, three in Africa (Guinea-Bissau, Guinea, and Equatorial Guinea) in Africa and Papua New Guinea in Oceania and Asia.