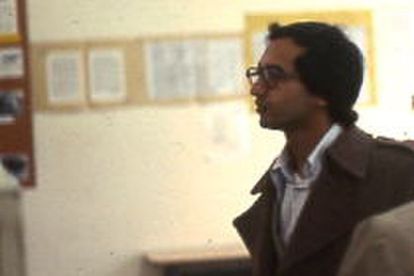 In 1993, Algerian journalist and writer, Tahar Djaout, was assassinated by Islamic fundamentalists and died in hospital on June 2, 1993. Image: Wikimedia Commons

In 1993, Algerian journalist and writer, Tahar Djaout, was assassinated by Islamic fundamentalists and died in hospital on June 2, 1993. Image: Wikimedia Commons

Here’s a look at what happened on this day, 26 May, throughout history. We remember the news, events, and people that influenced the course of history forever.

2008 | Severe flooding began in eastern and southern China resulting in 148 deaths and forcing the evacuation of 1.3 million.

2002 | The tugboat Robert Y. Love collided with a support pier of Interstate 40 on the Arkansas River near Webbers Falls, Oklahoma, 14 deaths and 11  injuries were recorded.

1998 | The Supreme Court of the United States ruled that Ellis Island, the historic gateway for millions of immigrants, was mainly in the state of New Jersey, not New York.

1998 | The first “National Pole Day” was held in Australia, and reconciliation ceremonies were held nationally and were attended by over a million people.

1993 | Tahar Djaout, Algerian journalist and writer, was assassinated by Islamic fundamentalists and died in hospital on June 2, 1993.

ALSO READ: What happened on 25 May?

1984 | On this day, Leicester City’s Gary Lineker made his first England appearance as a 72nd-minute substitute for Tony Woodcock in the 1-1 draw against Scotland at Hampden.

2014 | “Petals on the Wind” was initially released on this day in the United States.

Among the world’s most dangerous mountain passes is the Sani Pass in Lesotho.