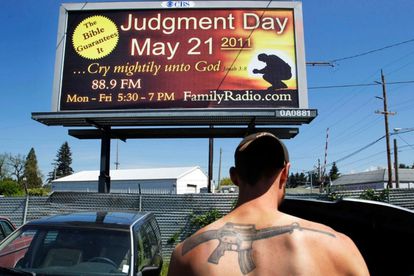 In 2011, Radio presenter Harold Camping predicted that the world would end on this date. PHOTO BY NEWYORK TIMES

In 2011, Radio presenter Harold Camping predicted that the world would end on this date. PHOTO BY NEWYORK TIMES

Here’s a look at what happened on this day, 21 May, throughout history. We remember the news, events, and people that influenced the course of history forever.

2011 | Radio presenter Harold Camping predicted that the world would end on this date.

2001 | The French Taubira Law was enacted, officially recognizing the slave trade and slavery in the Atlantic as a crime against humanity.

1998 | In Miami, five abortion clinics were attacked by a butyric acid attacker.

ALSO READ: What happened on 20 May?

2008 | On this day, Manchester United beat Chelsea on penalties 6-5 in the UEFA Champion League final in Moscow after a 1-1 draw.

2010 | On this day, “Shrek Forever After” was released in the United States for the first time.

Zambia is the second-largest producer of copper in Africa after DR Congo and the seventh-largest country in the world.