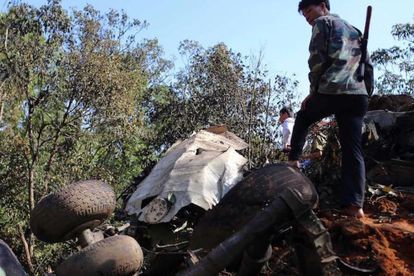 Rescue workers search a Laos military plane crash site near Nadee village, in Xiang Khouang province in the north of the country May 17, 2014. Image: ABC

Rescue workers search a Laos military plane crash site near Nadee village, in Xiang Khouang province in the north of the country May 17, 2014. Image: ABC

Here’s a look at what happened on this day, 17 May, throughout history. We remember the news, events, and people that influenced the course of history forever.

2007 | Trains from North and South Korea crossed the 38th Parallel in a test run agreed by both governments. It was the first time that trains have crossed the Demilitarized Zone since 1953.

2004 | The first legal marriage of same-sex couples in the United States took place in the state of Massachusetts.

2000 | Arsenal and Galatasaray fans clashed in the UEFA 2000 Cup Final in Copenhagen.

1995 | Shawn Nelson stole an M60 tank from the California Army National Guard Armory in San Diego and proceeded to go on a rampage.

1990 | Homosexuality was removed from the list of psychiatric diseases by the General Assembly of the World Health Organization (WHO).

ALSO READ: What happened on 16 May?

2019 | “We Have Always Lived in the Castle” was released on this day in the United States.

The Toubou tribe, who live in the Tibetan Mountains, are known as the best camel runners in the world. Competitions are held regularly to determine the village champions. Tourists from all over the world visit the mountains to participate in the camel race.