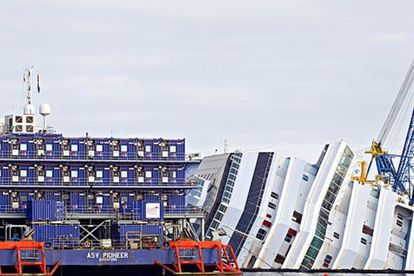 The shipwreck that is the Coasta Concordia that lays in the bay of the small Island of Giglio, off the coast of Tuscany, 2012. Image: Wikimedia Commons

The shipwreck that is the Coasta Concordia that lays in the bay of the small Island of Giglio, off the coast of Tuscany, 2012. Image: Wikimedia Commons

Here’s a look at what happened on this day, 13 January, throughout history. We remember the news, events, and people that influenced the course of history forever.

2018 | An alarm of a possible missile attack in Hawaii caused great panic in the state before it was declared a false alarm.

2012 | Thirty-two deaths were confirmed when the Costa Concordia passenger ship sank off the coast of Italy due to captain Francesco Schettino’s negligence and irresponsibility.

2001 | On this day more than 800 people were killed in an earthquake that hit El Salvador.

1993 | In Paris, the Chemical Weapons Convention (CWC) was signed, currently has 193 member states.

1982 | Soon after takeoff, the Air Florida Flight 90, a Boeing 737, crashed into the Potomac River, killing 78 including four drivers.

1978 | American pharmacist, and the 38th Vice President of the United States, Hubert Humphrey, 67.

ALSO READ: What happened on 12 January?

2004 | David Seaman, former England goalkeeper announced his retirement from football at the age of 40 due to a recurring shoulder injury.

2015 | The first release of “The Boy Next Door”, directed by Rob Cohen in the United States was on this day. The film is about a woman who falls for a young man who moves into a nearby house, only to discover that he is dangerous.

Most Africans have converted to Christianity and Islam, African traditional religions still inform the social, economic, and political life in African societies.