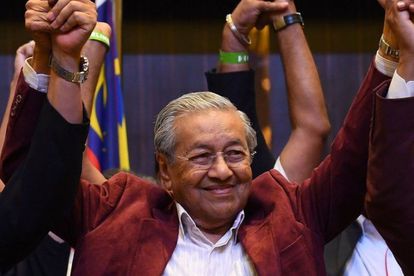 In 2018, The historic defeat of Barisan Nasional, Malaysia’s ruling coalition since the country’s independence in 1957 in Malaysia’s 2018 general election. Image: AFP

In 2018, The historic defeat of Barisan Nasional, Malaysia’s ruling coalition since the country’s independence in 1957 in Malaysia’s 2018 general election. Image: AFP

Here’s a look at what happened on this day, 09 May, throughout history. We remember the news, events, and people that influenced the course of history forever.

2018 | The historic defeat of Barisan Nasional, Malaysia’s ruling coalition since the country’s independence in 1957 in Malaysia’s 2018 general election.

2015 | An Airbus A400M Atlas military transport aircraft crashed near the Spanish city of Seville and three people were killed on board.

2015 | Russia held its biggest military parade ever held in Red Square in Moscow to commemorate the 70th anniversary of Victory Day.

2002 | The 38-day tension at the Nativity Church in Bethlehem came to an end when Palestinians inside agreed to have 13 suspected terrorists among them deported to several different countries.

ALSO READ: What happened on 08 May?

2010 | Chelsea on this day defeated Wigan 8-0  at Stamford Bridge to seal the premier league title.

1995 | On this day in the United States, the “Ice Cream Man” was released for the first time.

Christianity is currently the largest religion in Africa, especially in sub-Saharan Africa but you can find Christians living among followers of other religions, especially Islam and traditional religions.