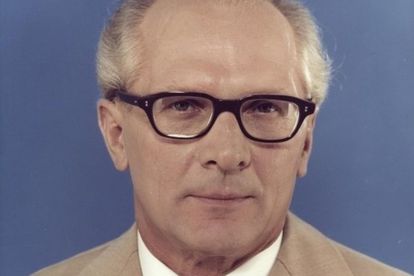 In 1971, Erich Honecker became First Secretary of the Socialist Unity Party of Germany, he remained in power until 1989. Image: Wikimedia Commons

In 1971, Erich Honecker became First Secretary of the Socialist Unity Party of Germany, he remained in power until 1989. Image: Wikimedia Commons

Here’s a look at what happened on this day, 03 May, throughout history. We remember the news, events, and people that influenced the course of history forever.

2016 | Eighty-eight thousand people were evacuated from their homes in Fort McMurray, Alberta, Canada as a wildfire engulfed the community, destroying at least 2 400 homes and buildings.

2002 | An Indian Air Force MiG-21 crashed into a bank in Jalandhar, at least eight people were killed and 17 were injured.

1986 | Twenty-one people were killed and forty-one were injured after a bomb exploded on Air Lanka Flight 512 at Colombo airport in Sri Lanka.

1971 | Erich Honecker became First Secretary of the Socialist Unity Party of Germany on this day, he remained in power until 1989.

ALSO READ: What happened on 02 April?

2014 | On this day, Hamilton defeated Morton 10-2 in the Scottish Tournament. It was the first double-figure score in the Scottish League since Rangers beat Raith Rovers 10-2 on 16 December 1967.

2002 | On this day in the United States “Spiderman” was released.

About 30 percent of the world’s mineral reserves are in Africa.