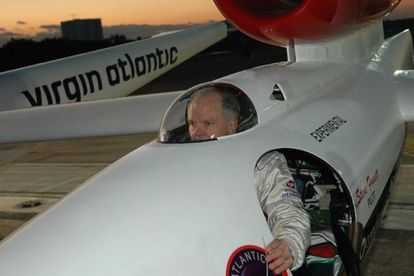 In 2005, Steve Fossett flies an airplane non-stop around the world solo without refueling. Image: Wikimedia Commons

In 2005, Steve Fossett flies an airplane non-stop around the world solo without refueling. Image: Wikimedia Commons

Here’s a look at what happened on this day, 03 March, throughout history. We remember the news, events, and people that influenced the course of history forever.

2005 | The first person to fly an airplane non-stop around the world solo without refueling was Steve Fossett from America.

1974 | A Turkish Airlines Flight 981 crashed in the Ermenonville area close to Paris, France killing all 346 occupants.

2005 | Margaret Wilson was elected Speaker of the New Zealand House of Representatives, from a term that lasted until August 23, 2006, when all the top political offices (including Elizabeth II as Head of State), were occupied by women, making New Zealand the first state for this to happen.

ALSO READ: What happened on 02 March?

1983  | Thirty-nine years ago, Bristol Rovers manager Bobby Gould fined himself £200 for comments he made to the referee in the defeat at Bradford City.

2006 | An American fantasy romantic comedy film “Aquamarine” was released in the United States on this day.

Abebe Bikila of Ethiopia is the first African to win an Olympic gold medal in 1960. Abebe Bikila was an Ethiopian marathon runner who died in 1973.