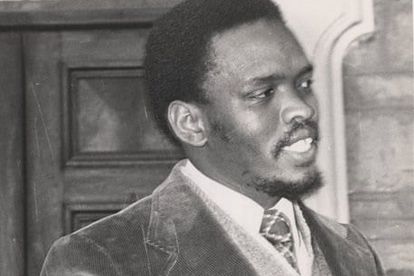 Here’s a look at what happened on this day, 13 November, throughout history. We look at the news, events and people that influenced the course of history forever.

ON THIS DAY: 13 NOVEMBER

1925 | Initial experiments on the body of Egyptian King Tutankhamen, conclude he is a 15-year-old boy. Tutankhamen was an Egyptian Pharoah who ruled in the period known as the 18th Dynasty, the years between 1332 and 1323 BC.

1950 | Seretse Khama, who later became the first President of Botswana, is asked to relinquish his chieftaincy when he married an English woman Ruth Williams in September 1948, without approval from the tribal elders.

1970 | South African Maria Groesbeek is hanged for murdering her husband Christian Buys by poisoning him. Maria claimed her husband abused her and accused her of flirting with other men.

1950 | Seretse Khama, who later became the first President of Botswana, is asked to relinquish his chieftaincy when he married an English woman Ruth Williams in September 1948, without approval from the tribal elders.

1980 | The investigation into Steve Biko’s death by the Medical Association under presiding magistrate Marthinus Prins finds that no one could be blamed for the death of the activist.

2011 | Rugby player Solomzi “Solly” Tyibilika, who played for the Lions and was the first black African to score a Test try for the Springboks, is shot dead at a tavern in Gugulethu, Cape Town.

1934 | Peter Arnett – TV journalist who worked for CNN for 18 years, and is known for interviewing both Osama bin Laden and Saddam Hussein.

1955 | Whoopi Goldberg – American actress known for films like The Color Purple, Sister Act and many more. She has won an Emmy, a Grammy, an Oscar, and a Tony Award.

1956 | Nosiviwe Noluthando Mapisa-Nqakula – South African politician who was appointed Minister of Defence and Military Veterans in 2012.

2014 | Rohit Sharma of India sets a new record of 264 runs against Sri Lanka in an ODI innings.

1999 | “Toy Story 2”, starring Tom Hanks and Tim Allen, premiers in the US. It grossed more than $497 million and is regarded as the one of the greatest animated films ever made.

2002 | Eminem releases a single ‘Lose Yourself’ from the soundtrack of “8 Mile”. It becomes the first rap song to win an Academy Award for Best Original Song.

The African continent has the second largest population in the world, with more than one billion people. There are 2000 languages spoken by the people of Africa.