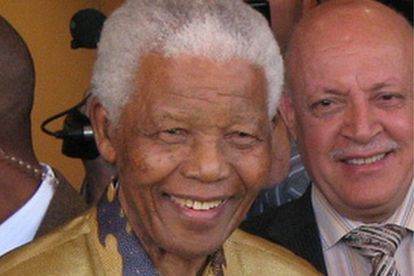 A number of South Africans from diverse backgrounds across the spectrum have uttered some unforgettable words over the years. Image: Wikimedia Commons

A number of South Africans from diverse backgrounds across the spectrum have uttered some unforgettable words over the years. Image: Wikimedia Commons

Here’s a look at what happened on this day, 12 October, throughout world and South African history. We remember the news, events, and people that influenced the course of history forever.

1991 | The Deputy President of the African National Congress (ANC) Nelson Mandela announced the intention of the nationalisation policy.

1968 | South Africa was admitted to the African Games as long as the competition in SA was held without racial discrimination.

2019 | Eliud Kipchoge from Kenya was the first person to run a marathon under two hours with a time of 1:59:40 in Vienna.

2017 | The United States announced its decision to withdraw from UNESCO.

ALSO READ: What happened on 11 October?

2007 | On this day in the United States, “Why Did I Get Married?” was released for the first time. It was directed by Tyler Perry.

Africa is the second largest continent in the world but has the shortest coastline.