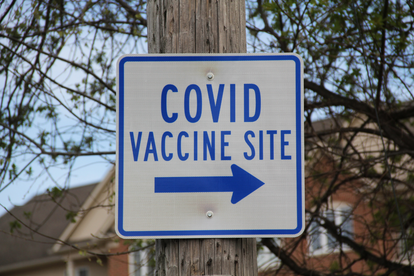 The recommendation was published by the country’s HAS health authority, which advises the government in the fight against Covid-19. Image: Pexels

The recommendation was published by the country’s HAS health authority, which advises the government in the fight against Covid-19. Image: Pexels

The United States’ Centers for Disease Control and Prevention has announced a new development relating to the Omicron variant. The CDC confirmed on Monday that this strain of COVID-19 is now the most common variant of the pathogen in the US.

In line with this, federal officials say the highly transmissible variant accounts for 73% of recent infections in the country. Alarmingly, the reported Omicron cases had just days before accounted for a small percentage of cases.

Data published by the CDC for the week ending on 11 December showed that Omicron only represented 2.9% of cases.

CDC Director Rochelle Walensky commented that early data shows the Omicron variant may cause less severe disease than other mutations.

When the Omicron variant was first detected in South Africa, the World Health Organisation had expressed its fears over high transmission rates. Additionally, the WHO declared Omicron a ‘variant of concern’.

“This variant has a large number of mutations, some of which are concerning,”

Interestingly, this development has seen Omicron overtaking the previously dominant Delta variant in the United States.

Amid the continued battle against the pandemic, the Delta variant had earlier accounted for 99.3% of the confirmed cases in the US towards the end of November. Furthermore, the CDC records indicate this persisted into early December.

The CDC reports that the United States has recorded an increase in infections bringing the total up to 50 791 012 over the past month.

Notably, COVID-19 related fatalities have soared to 803 593 in the country. Additionally, the CDC confirmed that 77.4% of citizens have obtained at least one of the available vaccinations.

Furthermore, US Department of Health records indicate that 69 000 Americans are currently hospitalized with COVID-19. Interestingly, this is a two-week increase of 14%.