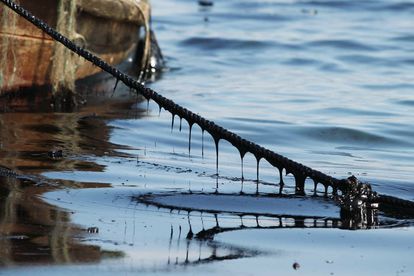 Environmental activists are calling for action over a stranded oil tanker holding 1.3-million barrels of oil off the coast of Trinidad and Tobago in the Caribbean.

The ship, Nabarima, is a Venezuelan oil tanker used to contain crude oil and operated by an Italian energy company in conjunction with a local Venezuelan company.

According to Global Citizen, an international non-profit that campaigns for global climate action and is tracking the unfolding situation, if the ship does leak or sink the spill would be five times worse than the Exxon Valdez oil spill in 1989 and the BP Deepwater Horizon oil spill in 2010, which are the two biggest oil spills in history.

While Trinidad and Tobago officials announced on Wednesday that there was “no imminent risk of tilting or sinking” with “minimum risk of an oil spill at this time,” activists and experts are still calling for proactive measures to be taken by regional governments.

Gary Aboud, the Corporate Secretary of the organisation Fisherman and Friends of the Sea (FFOST), posted a video on YouTube on 17 October calling for increased awareness about the state of the Nabarima.

Aboud’s video showed the ship sharply tilted and only supported by anchor chains keeping it stable. “It’s not enough,” Aboud said in the video. The 2020 hurricane seasons have caused 23 storms in the region already and FFOST fears that extreme weather could topple the ship.

The Nabarima has been permanently moored in the Corocoro oil field in the Gulf of Paria, a semi-enclosed body of water between Trinidad and Venezuela, the Maritime Executive website reported.

According to Global Citizen, typically oil is stored in ships like the Nabarima before being transported to tankers that can carry the product around the world. However, embargoes and sanctions on Venezuela after the re-election of President Nicolás Maduro mean that Venezuela cannot sell its oil.

Consequently, the Nabarima is holding an unprecedented amount of oil.

On 30 August, Eudis Girot, the head of the Unitary Federation of Petroleum Workers of Venezuela, shared images showing that the ship was taking on water in the lower levels on Twitter.

Ship is in ‘very poor condition’

In the tweet in Spanish, Girot explained that the ship was “in very poor condition” and had three metres of water on board.

Aboud told Global Citizen that if the ship does spill, the entire Caribbean region will be affected.

“The marine environment including many coral outcrops and reefs which will all be decimated,” he said. “Ecosystems will collapse and biodiversity will decrease.”

The Caribbean marine and coastal environments are among the most diverse ecosystems in the world and are home to 10% of the world’s coral reefs, 1 400 species of fish and marine mammals and extensive coastal mangroves.

Out of the seven species of marine turtles worldwide, five of them are found in the Caribbean waters, Aboud said.

According to US-based CBS News, the vessel is part of a joint venture between Petróleos de Venezuela (PDVSA) and Italy’s Eni SpA.

An Eni spokesperson told Reuters that the company was seeking to offload crude oil from the vessel but was waiting for the “green light” from the US government “in order to prevent any sanctions risk”.

But CBS News reported that, on Friday, the US Embassy in Trinidad and Tobago said PDVSA has “a responsibility to take action to avoid an environmental disaster in Venezuelan waters”, which it warned would also harm people in nearby countries.