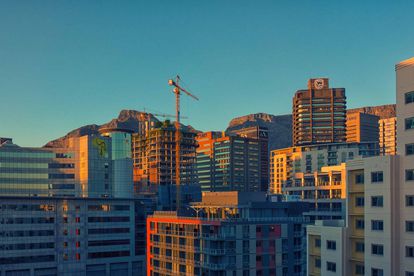 If you’re an office-based worker, you should probably know about the changes government have implored businesses to make going forward into Level 2: There’s a chance that many of us will kiss the morning commute goodbye, and make early starts a thing of the past, as South Africa continues to grapple with the new normal.

The proposed changes were shared on Monday. Minister Nkosazana Dlamini-Zuma made the policy public while addressing the media at the NCCC briefing. As South Africa opens up its economy following a five-month, lockdown-driven battering, finding ways to cope presents a struggle for both government and businesses.

Why office culture could change dramatically at Level 2

But it seems there are solutions in the pipeline – ones that could be with us for a very long time. The chasing pack in the rat race may thin-out very soon, as Level 2 presents the country with an opportunity to do things differently. Dlamini-Zuma stressed the need for a change in our office culture while delivering her speech:

“Businesses with more than 100 employees, working together in a group in the same floor space, must where possible, make provision for minimising the number of employees at the workplace at any given time.”

“This fight is not over, it’s continuing. Even though we have risked the restrictions, the risk is also increasing because it’s the people who move the virus. Indeed, it’s in our hands and it’s not done until it’s done.”

And, sure enough, some of her suggestions now feature in the Government Gazzette: They include…

Rotation schedules: Dlamini-Zuma said on Monday that deploying staff to the office at different times would help limit fears over ‘social distancing’ and the subsequent challenges.

Staggered working hours: As suggested by the Government Gazette, businesses are being urged to create different ‘working hours’ for sets of employees, so workers don’t all arrive and leave a location at the same time.

Remote working arrangements: Initially suggested as a way to tackle congestion in our major cities, the government said on Monday that businesses must find a way to allow more people to work from home.

Shift systems: Similar to previous ideas, NDZ also proposed that ‘shift systems’ must be introduced to places where the working hours (9:00 – 17:00, 6:00 – 18:00) have to be broken up and show more flexibility.

Level 2: Why are these changes significant now?

Of course, many businesses have been implementing these changes already. But this is the first time that they will come into effect with a labour market that is now running at almost 100% again. At Level 5, working from home is a must for the majority. At Level 2, it’s a lifestyle change that could revolutionise the work/life balance.

#Level2 – Businesses with more than 100 employees, working together in a group in the same floor space, must where possible, make provision for minimising the number of employees at the workplace at any given time.