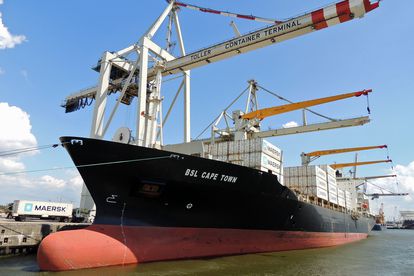 The City of Cape Town wants to move part of its cargo port almost two hours away, in a bid to battle the impact of unpredictable weather conditions and climate change. Saldhana Bay has been nominated as the preferred alternative, as officials weigh-up the implications of having a harbour that’s so exposed to the elements.

Why would Cape Town move part of its port?

Although large parts of the city docks are shielded, subsequent expansions on the Foreshore coast have failed to take into account the tumultuous ‘south-easter winds’. The Cape Doctor has a nasty habit of stopping ships from docking at the cargo port, and earlier this year, scores of businesses lost vital revenue due to chaotic conditions at the seafront.

Saldhana Bay ‘ready to step in’

The City’s Mayoral Committee Member for Transport, Alderman Felicity Purchase, is desperate to put an end to these calamitous scenes once and for all. She says that Saldhana Bay is well equipped to receive cargo heading for the Western Cape, despite it being 135km away from the province’s major business hub:

“The location of the Cape Town container port where high winds are often preventing or delaying activity, is hampering the growth of our local economy. I have requested a meeting with Portnet to discuss alternatives, among which to develop Saldanha as a cargo or container port.”

“Saldanha already has an Industrial Development Zone (IDZ) – given that the City is considering these locations for the development of local industry, it makes sense to have an adjacent cargo port too.”