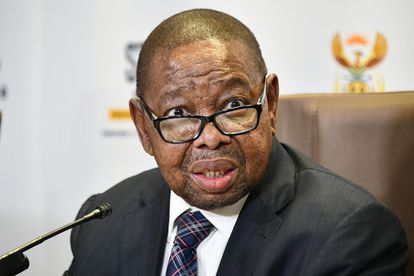 Would you get a load of this? Higher Education Minister Blade Nzimande has categorically distanced himself from a fake Facebook profile that has stolen his identity – and the imposter is allegedly tricking victims into handing over their money.

Blade Nzimande and his fraudulent imposter

The impostor misleads the public into believing that they’re talking to Blade, by soliciting money to support a ‘worthy course of student funding’. Nzimande has already spoken with Facebook, to locate and close the malicious page.

Members of the public have been urged to contact their nearest police station if they suspect – or might have already been scammed by – the fraudster. According to the minister, he remains committed to his official social media channels:

“It is unfortunate that we have individuals who go to the extent of masquerading as a Minister to defraud members of the public, using the genuine plight of students. I am aware of the essential role played by social media for effective and responsive communication, and committed to engaging the public through genuine social media platforms.”

This isn’t the only technological nightmare encountered by the senior politician recently, either. A blogger seated in the same restaurant as government minister Blade Nzimande and his family poked fun at him and threatened him on Twitter over the weekend. The 63-year-old is now seeking legal action against the troublesome poster.

Nzimande went on to confirm that the only authentic social media accounts that he has authorised are the following:

[Read] @HigherEduGovZA Education, Science and Innovation Minister, Dr @ministerdrblad1 Nzimande, has warned the public about a fake and misleading Facebook page that impersonates him https://t.co/xkjJNjGEht pic.twitter.com/5iQfK5TpxU