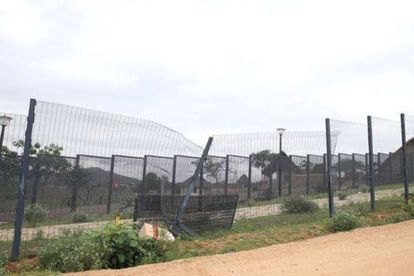 A recently-uploaded set of photos online have sparked serious concerns about the security features at Jacob Zuma’s sprawling homestead in KwaZulu-Natal. Nkandla, once seen as the gluttonous utopia occupied by a former president and funded by the tax-payer, now looks a little worse for wear.

Is Nkandla falling apart? Well, yes and no…

Officials from the local municipality were called to inspect the property on Tuesday, after rumours began swirling about the extent of the damage. Security fences have collapsed, and walls keeping the property isolated have been left to crumble. It looks a far cry from the helipads and firepools we all forked out for.

Vukile Mathabela is a spokesperson for Msholozi, and he has moved to clarify a few issues on this matter. He has dismissed claims that Zuma’s house itself is dilapidated, and told TimesLive that the photos shared on social media reflect the wider municipality of Nkandla – rather than JZ’s private quarters.

Nonetheless, the once-immaculate estate has seen better days. The Good Governance Index was launched back in April and it assesses municipalities on their service delivery, economic growth and the competency of their elected officials. It puts the ex-president’s stomping ground in it’s “bottom five” areas.

Nkandla – actually an IFP-run municipality – is severely lacking when it comes to giving its residents prosperous and desirable living conditions. In fact, both they and the ANC are responsible for all 20 of the worst-performing municipalities in South Africa.

The future of Nkandla for Jacob Zuma

Nkandla has been declared secure after the initial suspicions were raised this week. But the future of the property itself remains uncertain.

Some reports claim that Jacob Zuma could be evicted from the residence if he fails to repay a loan he took from the now-defunct VBS bank. With legal fees and defamation suits hitting his bank balance hard, Nkandla could soon find itself with new tenants.