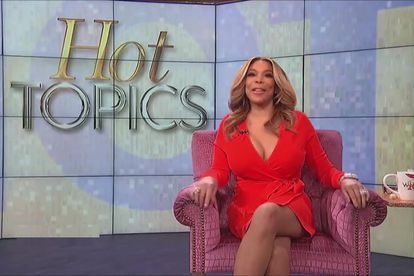 When is Wendy Williams Day, we hear you enquire? Well, it depends who you ask: Go to the American TV host, and she will say it’s on 10 April. Ask literally any South African, and they’ll say… “wait, what?”

Watch: Wendy Williams says she has ‘own day’ in South Africa

The bubbly TV personality is the butt of social media jokes on Wednesday, after she declared 10 April to be HER day in South Africa. The host claimed that she is celebrated annually on our shores…

Which of you lied to Wendy and told her April 10th is Wendy Williams day in South Africa? ???? pic.twitter.com/InqWzWyAIf

Who told Wendy Williams we celebrate her on 10 April?

Allow us to explain: Yes, there will be *some* form of celebration for Wendy Williams on 10 April – but a national holiday, it ain’t. The Lifetime Africa channel has a special day of programming planned for her, which includes a movie and a documentary about her life – but Williams’ mere existence isn’t enough to get us a day off work, unfortunately.

Anele Mdoda is also believed to have encouraged Williams to believe she had a dedicated date on Mzansi’s calendar.

In case ppl are wondering, someone told US talk show host Wendy Williams that 10 April was her day in SA, which she promptly celebrated on her show. The Lifetime channel is running a special on the day on her… but not the WHOLE of SA. #WhichSouthAfrica https://t.co/5WFhV1FvsT

What happened on 10 April in South Africa?

A lot of things have happened in South Africa on this date: The Transkei broke diplomatic ties with the Republic in 1978, and six years earlier, the government committed to step-down from its development of nuclear weapons. Footballer Andile Jali and cricketer John Watkins were also born on 10 April. But one event overshadows all others…

Leader of the SA Communist Party Chris Hani was assassinated by Janusz Walus, a far-right Polish refugee who had close links to the White nationalist AWB. The killing brought the nation to the brink of civil war in 1993, before Nelson Mandela was able to soothe the tensions. So fair play to Wendy Williams – she really did put herself above ALL THAT.