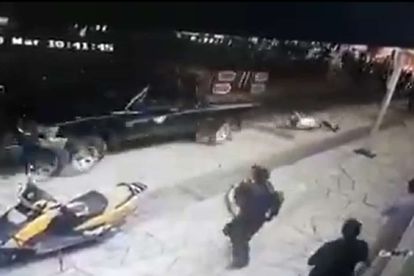 11 Mexicans have been arrested for hauling Chiapas mayor, Jorge Luis Escandón Hernández, with a bakkie.

Why was the mayor attacked?

According to a BBC report, the incident took place on Tuesday, in a village hear Chiapas, south of Mexico. Authorities confirmed that the disgruntled villagers — mostly made up of farmers — attacked Hernandez for allegedly failing to deliver on a promise to repair the local roads.

Bystanders caught footage of Escandón being dragged out of his office by the angry Mexicans. The group forced the mayor to the back of the bakkie and tied him up.

Fortunately, law enforcement authorities arrived soon enough and were able to halt the bakkie before any harm was done to Escandón.

This is not the first time Escandón has been the target of an attack by angry Mexicans. The cited publication reports that, in June, a group of unknown Mexicans trashed his office.

It is believed that they were there to attack the mayor. However, either by coincidence or intent, Escandón was nowhere to be found. The mayor has been a target of attacks led by, what he believes, are supporters of rival politicians who are out to get him.

The 11 suspects have been charged with abduction and attempted murder, and Escandón has made it abundantly clear that he intends on pursuing these charges until they stick.

Police have since remained visible near Escandón’s office.