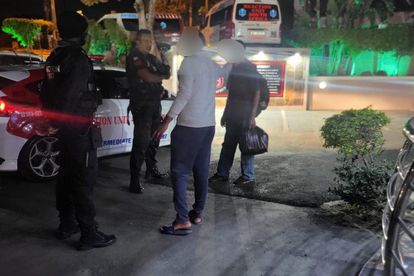 A male prostitute and his client are in a dispute over payment of services rendered. Image: RUSA.

A male prostitute and his client are in a dispute over payment of services rendered. Image: RUSA.

A male prostitute and his client from Verulam in KwaZulu-Natal (KZN) have reportedly opened cases against each other over a dispute about payment after services were rendered.

MALE PROSTITUTE AND CLIENT IN DISPUTE OVER PAYMENT

According to Reaction Unit South Africa, one of the men identified himself as a Rentboy who provided sexual services to a man he chatted to online in February 2022.

He reportedly asked for R800 be deposited into his account before he travelled from the south of Durban to Verulam.

The Rentboy claimed that he spent five hours rendering his services to his client who owed him a balance of R2500 which he refused to pay since. He had regularly travelled to Verulam following their initial meeting in an attempt to recover monies owed to him without success.

Spokesperson, Prem Balram said the client informed reaction officers that the male prostitute had initially only asked for a fee of R800 which was paid prior to any services being rendered.

The client also claimed that their time together lasted no more than five minutes due to the male prostitute’s manhood not meeting his expectations and regretted not asking for a picture prior to the visit.

Balram said the client went on to explain that he has since paid the man in excess of R8000 after continued harassment and unannounced visits at his home.

“The male prostitute denied these allegations. The two did confirm that the matter was being addressed at the small claims court however a resolution has not been reached.

“Both men eventually agreed to meet at the SAPS  Verulam in an attempt to register criminal cases against each other.”