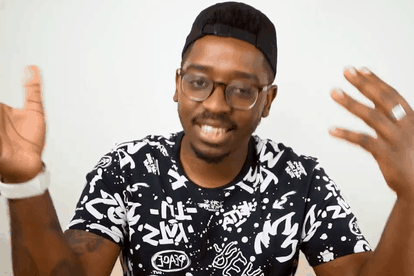 Much like the Backstreet Boys at the turn of the century, Sibu Mpanza is back. Our resident YouTuber and funnyman (he doesn’t have much competition from me, put it that way) has returned to dissect the biggest new stories of the week, poking fun at the public figures behind the headlines.

It takes Mpanza less than five minutes to skewer last week’s top trends, and it’s a very satisfying watch. His first few contributions for TSA have gone down a storm, and you’ll be pleased to know he’s hit top form again here. So, what – or who – is on his agenda this week? Let’s take a look…

Sibu Mpanza vs the big stories of the week

South African Airways (SAA) are in full-flight once more, after unions had very muched grabbed the airline by the landing gears. The state-owned company have agreed to raise wages and postpone retrenchments, despite crippling financial conditions threatening their very existence.

People have asked where SAA can find the money from to start paying an extra 6% on their salary budget. Well, they have already cancelled some duff routes – such as the Johannesburg to Hong Kong connection – and Mpanza has got his own ideas on how the company can generate a bit of extra revenue.

The latest name tasked with turning around Eskom’s future is Andre de Ruyter. He begins his work at the utility in January, but his appointment has already caused something of a stir.

The major political parties of South Africa gave a mixed reaction to the appointment. The EFF were the most stinging in their criticism – mentioning de Ruyter’s “whiteness and mediocrity” as their main issues – whereas the ANC and DA cautiously welcomed him into the fold. Sibu Mpanza reckons he’s seen de Ruyter before, though…

Trevor Noah nominated for a Grammy

That’s right, the Soweto-born superstar could be a Grammy Award-winner in just a few months time. His Son of Patricia production has been listed for Best Comedy Album at February’s glitzy award ceremony. He already has an Emmy on the mantlepiece, so this would go down nicely – in whichever country he calls home these days.