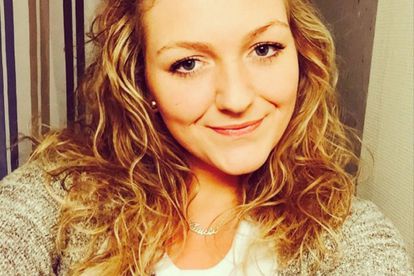 A 26 year-old journalist from Denmark has sparked some controversy by having sex at a swingers club in Denmark, as part of a radio feature. The woman, Louise Fischer had been visiting Swingland in Ishøj, near Copenhagen, as part of a report for Radio 4, a local station. The story was about the sex club reopening following the relaxation of COVID-19 restrictions in the country.

In an audio clip, she can be heard moaning while conducting the interview.

There has been a flood of reaction to the “sex interview.” According to Fischer, most of the responses have been good.

“Most of them were very positive, they thought it was brave and cool. Others think that I’ve crossed a line in journalism,” she told local publication Bild.

“I don’t have a boyfriend, that definitely made it a lot easier… My mother just thinks it’s funny and laughs, my father thought it was really cool.”

She said that she had spent a few hours with guests at the club and they enjoyed a glass of wine before moving to a large bed.

Journalist keen to have sex again for interview

Louise Fischer said the patrons at the sex club were more polite than people at conventional ones and added that she would have said no if she wasn’t interested.

“I find that the people in the swingers’ club are much more polite to each other than you are used to in normal bars or clubs, for example,” Fischer said.

“In the swingers club you don’t have to explain anything or excuse anything, a simple no is enough.”

Fischer further added that she’d be up for it again, but also admitted that “it wasn’t the best sex of her life.”