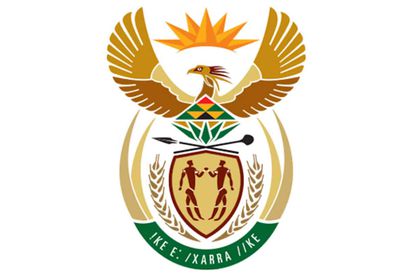 South Africa has had its distinct Coat of Arms for the past 20 years – but a new campaign has been launched to get it changed this year, and support for the movement is growing across the country.

Why do people want to change South Africa’s Coat of Arms?

The #ChangeForHer initiative was launched by Newzroom Afrika, and it aims to ensure that all women are represented on the most important emblem within our society. The South Africa Coat of Arms features two men on the crest, but a female presence is nowhere to be seen. According to the campaign, the time has come to move on from our ‘outdated process’ of thought:

“The national symbol of our country, on all official documents from birth to death only bears the image of two men. The time has now come to change that. The time is now to replace the two men with one man and one woman – in a symbolic gesture that will move South Africa forward in a deep and meaningful manner.”

Who supports the #ChangeForHer campaign?

On Wednesday, political and business heavyweights threw their support behind #ChangeForHer. Mayor of the City of Ekurhuleni, Mzwandile Masina, and Black Business Council President, Sandile Zungu, both believe that altering the Coat of Arms will be a major step forward for South Africa as a nation:

“Let me add my voice of support for this noble campaign launched by Newzroom Afrika, which calls for the Coat of Arms to be changed to depict a male and female, instead of two men. Equality and inclusivity is enshrined in our Constitution, let’s do the right thing!”

Mayor of the City of Ekurhuleni, Mzwandile Masina

“I stand behind the campaign to change one of the symbols on our Coat of Arms to distinctly represent a woman. It was a mistake in the first place that our gender diversity was not represented in this design. We can change this, and if we do so, we change the nation forever – and for good.”

What would a new Coat of Arms look like? [photo]

So, how would the Coat of Arms look after a makeover? Well, we’ve got the new design here. Not a great deal would be changed at all, and the supposed ‘upgrade’ would leave all of our iconic emblems intact. The only difference is that the figure on the right would be changed to look like a female.

The more you know…

You can learn more about the campaign by visiting the #ChangeForHer website. But, while you’re here, how about giving yourself a crash-course on the history of our Coat of Arms? You know you want to…