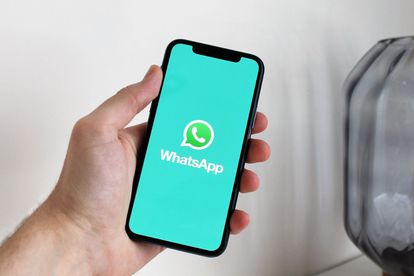 There are a number of changes that will soon be making their way to WhatsApp – here’s what we know so far. Photo: Stock Image / Pixabay

There are a number of changes that will soon be making their way to WhatsApp – here’s what we know so far. Photo: Stock Image / Pixabay

Many South Africans use WhatsApp to communicate with friends, family and even businesses.

Next year, the app will be introducing some new features – many of which are privacy related.

The parent company of WhatsApp, Meta, has seemingly listened to its user feedback and worked on both privacy-related functions and some user experience enhancements.

ALSO READ: How to read WhatsApp messages WITHOUT notifying the sender!

WhatsApp recently introduced a number of privacy options that will allow users to do things without everyone knowing. Here are a few of the changes:

WhatsApp is making it possible to leave a group privately, without anyone else now. Now instead of the entire group knowing about your departure, only admins are informed.

The company says this feature would start rolling out in August this year.

The app is introducing the ability to select who can and can’t see when you’re online. Now you can check status updates and do what needs to be done, privately.

Screenshot blocking for view once messages

According to WhatsApp, the View Once option is an incredibly popular way to share photos or media that don’t leave a permanent digital record.

“Now we’re enabling screenshot blocking for View Once messages for an added layer of protection. We’re testing this feature now and are excited to roll it out to users soon,”

Techpahun reports that WhatsApp is working on a feature that will allow you to retrieve messages that you may have accidentally deleted.

Are you a group admin? You will soon be able to ‘moderate’ conversations

Being a group admin is a lot of work. With 100s of members in some groups, it’s difficult to control who actually follows the rules.

The app will soon allow admins to delete or remove any message, image or video from their groups.

Track past members of WhatsApp groups

WhatsApp will soon allow people who recently join groups to get an idea of past group activities.

This is a great way for people to detect spam groups.

The new feature will allow users to see who has joined or left the group in the last 60 days from the day they joined.

ALSO READ: Big change coming to WhatsApp that you need to know about