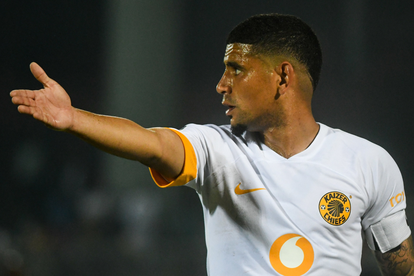 Millions of South Africans, including Cyril Ramaphosa, are about to be made proud by Kaizer Chiefs’ Keagan Dolly.

Chiefs, like every PSL club, has players that speak every language in Mzansi and several from the continent.

This isn’t much of a problem for Dolly and it’s one of the reasons he captains Amakhosi.

Ahead of the 1-1 draw with Marumo Gallants at the Royal Bafokeng a fort night ago, the Amakhosi skipper took a moment during pitch inspection to go around chatting with his teammates.

It was not just any general football chat, the former Ajax Cape Town and Mamelodi Sundowns winger delivered language flexibility that will inspire every South African.

ALSO READ: Three Chiefs players that could leave before deadline

ALSO READ: List – 7 Pirates players that could leave before deadline

In the video, the 29-year-old from Johannesburg’s Westbury is heard speaking Tsonga, Venda, French, Zulu, Portuguese, Sepedi and Sesotho with seven different teammates.

Broadcasters should already be targeting Dolly with offers of a television career as soon as he retires from playing – he has the looks too!