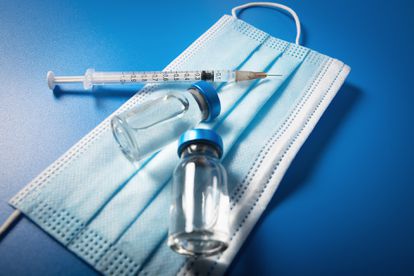 The Hindu nationalist leader has been the focus of a massive advertising blitz touting his government’s triumphs in fighting the pandemic despite nearly 500,000 Indians dying of Covid-19.

His visage has been plastered on billboards and even the side of passenger planes alongside a triumphant message celebrating India’s recent milestone of one billion administered vaccination doses.

The campaign is at odds with the fierce criticism levelled at his government since the pandemic began, with political opponents dryly suggesting his face should also be printed on the death certificates of Covid victims.

Peter Myaliparampil of southern Kerala state had objected to Modi’s face being printed on his vaccine certificate with a message exhorting the public to fight the coronavirus.

He told a court that India’s inoculation rollout risked becoming “a media campaign” for Modi’s benefit.

In his petition, Myaliparampil said he had paid for his own vaccine and the image of Modi on his certificate “served no utility or relevance”.

But the Kerala High Court threw out the case, saying it appeared to be politically motivated and fined him 100,000 rupees ($1,322) for wasting its time.

“If the petitioner… is ashamed to see the picture of his Prime Minister, he can avert his eyes to the bottom side of the vaccine certificate,” the court’s judgement said.

Myaliparampil’s lawyer told AFP that they would appeal the decision.

India has recorded more than 477,000 confirmed Covid deaths, more than any other country except the United States and Brazil.

The government has justified using Modi as the face of the media campaign, with the junior health minister telling parliament in August that it created awareness about coronavirus prevention.