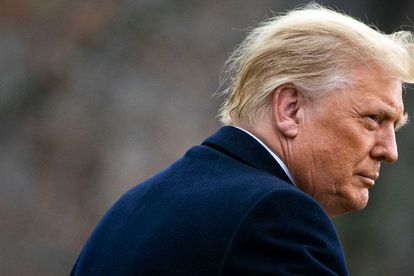 From snail sandwiches to something you really shouldn’t say in Swahili. Your weekly round-up of offbeat stories from around the world. Photo: Getty Images

From snail sandwiches to something you really shouldn’t say in Swahili. Your weekly round-up of offbeat stories from around the world. Photo: Getty Images

From snail sandwiches to something you really shouldn’t say in Swahili. Your weekly round-up of offbeat stories from around the world

Greek state television is being mocked after showing viewers how to syphon petrol as prices soared on some holiday islands to €2.50 (R42) a litre.

“It’s not something terribly complicated,” explained morning news reporter Costas Stamou, “even a hose for (cleaning) balconies will do.”

A helpful mechanic then showed the best places to pierce a car’s tank to drain it of its contents.

The segment sparked horror and hilarity, with one Twitter user joking, “After the tutorial on ways to steal gasoline, ERT is now preparing new how-tos on opening locks and stealing wallets.”

Hana Kuma may mean “flower bear” in Japanese, but it has a rather more explicit meaning in East Africa’s lingua franca – that a woman has no vagina.

“East Africans cannot say this even in whispers,” said a Twitter user in Kenya, where the name has caused stupefaction on TV news channels.

Others begged Osaka, whose father is Haitian, to change the name of the media company which was – wait for it – supposed to tell stories across cultural barriers.

But Osaka tried to play down the brouhaha, saying, “Prayers for all my overthinkers. We be going through it.”

People may be trying to lock him up, but Donald Trump can still woo a crowd – or a least the Bangkok version of him that plays air guitar can.

Rob Palmer won the right to represent Thailand in the World Air Guitar Championships in Finland later this year with his pouting impression of the former US president playing Green Day’s “American Idiot”.

“If you have to do this, you got to do something crazy, so let’s do the craziest man on the planet… Trump,” Palmer told AFP after his victory.

The Viennese once wolfed down more snails than schnitzels, and Gugumuck wants them to try them again deep fried, sprinkled with sugar or with a side of cabbage or bacon.

In the restaurant next to his farm you can also get “snail and chips” or snail and cinnamon buns.

The Dutch too are rediscovering the joys of raw herring. Thousands gathered in the port of Scheveningen to sample the first catch of the season, dispatching them in time-honoured fashion by holding the onion-coated fish up by the tail and dropping them down their gullets.

“A lot of people have never tasted it before and they like it,” said fish market worker Arthem.

Love is hard on index fingers as anyone who has spent any time swiping on Tinder will tell you. So, keen to perk up its flagging birth rate, the Japanese city of Miyazaki has taken to matchmaking.

Gone are Photoshopped profile shots. Instead its low-tech approach relies on the lost art of love letter writing after singles are paired off by officials according to their age and interests.

So far the municipal matchmakers’ strike rate is impressive, with romance blossoming between 17 of the 32 corresponding couples.