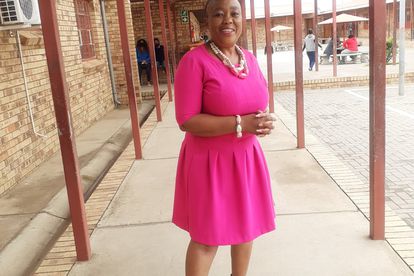 Yes, you read right! A woman who started out as a cleaner at a local school in JeppesTown, Johannesburg, recently graduated and is now a qualified teacher.

THEMBI’S SUCESS STORY – FROM A SCHOOL CLEANER TO TEACHER

These are the feel-good stories we should be reading on a Friday!

The 52-year-old Thembi Jele said she was the first in her family to ever graduate.

“Although I was nervous and sometimes scared of what I would encounter during my journey, I persevered,” she said.

SHE IS THE FIRST GRADUATE IN HER FAMILY

Thembi was a cleaner for 21 years before she decided to follow her dreams at the age of 52 years.

This wonder woman and mother of one did it all, and she studied while she was working as a cleaner.

“As difficult as the journey was, I would always think about them and how disappointed they would be should I not make it.

“I always wanted to set a good example for my child as well as break the illiteracy chain in my family. I was truly determined, but because I am not young anymore, studying was a bit harder for me.”

Thembi is one of the 714 student teachers who recently graduated from SANTS Private Higher Education Institution.

The qualifications are approved and recognised by the Department of Higher Education and Training (DHET) and the South African Qualifications Authority (SAQA).

“Thembi is proof that you can do anything that you set your mind to. May this challenge both the young and old. It is never too early or late for you to attain your goals,” she furthermore said.

Thembi said being a 52-year-old student meant that there was a lot of pressure on her.

“There was a lot of pressure on me, including my colleagues. This really kept me going and made me fully committed to my
studies.

“I wanted to be my colleague’s mirror so that they could use me as a point of reflection, I wanted to be their role model, and I already am.

“And to top it all off, I am officially the first to graduate in my family, a good example to my child and the community at large.”