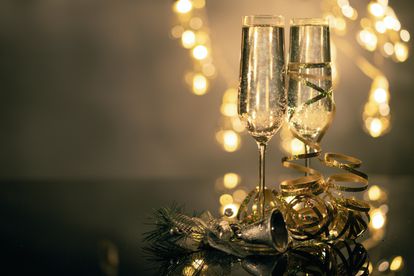 Cable news giant CNN has told its celebrity presenters they need to cut back the on-air boozing this New Year’s Eve, with bosses seemingly determined to make their broadcast a more sober affair.

Viewers in the United States have delighted in recent years at the sight of Anderson Cooper and other network notables quaffing drinks in New York’s Times Square as revelers party behind them.

The tie-loosening has led to some viral moments, including a giggling Cooper and co-host Andy Cohen downing shots of tequila, with the white-haired reporter seemingly struggling to hold it together.

ALSO READ: Will Shalulile only return for Sundowns in the new year?

Fellow newsman Don Lemon, who has traditionally taken the reins after Auld Lang Syne has been sung, has run hard at the practice of drinking on TV, getting his ear pierced live on air one year.

Last year, while wearing a blue glittery jacket, he went on a booze-fueled rant about how he was entitled to vent his opinions. “And you know what?” he asked, “You can kiss my behind, I do not care. I don’t care.”

The subject was discussed during a company town hall event between staff and new chairman and CEO Chris Licht.

“During the meeting, Licht told employees he felt on-camera drinking eroded the credibility of CNN personnel and damaged the ‘respectability’ they may enjoy among viewers,”