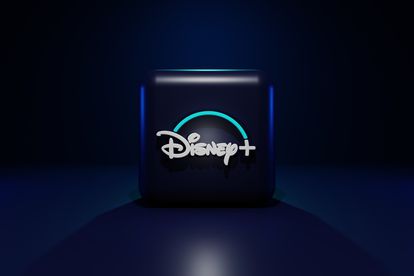 DStv customers have raised concerns about an unsolicited addition to their bills this week – Photo: Unsplash

DStv customers have raised concerns about an unsolicited addition to their bills this week – Photo: Unsplash

A large number of DStv subscribers have lashed out at the service this week, after they clocked that Disney+ had been added to their bills ‘without consent’. The streaming giant was made available in South Africa this year, but its addition to some bouquets has sparked outrage.

What does Disney+ cost in South Africa?

The crux of the complaints from affected clients centres around the alleged ‘hidden cost’. At R119 per month – or R1 428 each year – a Disney+ subscription is a substantial expense for millions of households in Mzansi.

Floods of viewers have taken to social media over the past 24 hours, levelling their criticism towards DStv and its Twitter accounts. As of 19 September, emails were sent out by the broadcast network, thanking customers for ‘adding’ Disney+ to their bills.

The communication then provides a link to the streaming site, encouraging customers to ‘log in and start streaming’. For those who never asked for a Disney+ addition, this was a very concerning message to receive…

@DStv you guys forcefully added Disney + in my account

Why are dstv adding products to my account.They activated Disney+ without my permission.What's going on?

@DStv @MultiChoiceGRP what is wrong with you!!! Chasing more customers away by just adding Disney+ @R119.00 pm to my Premium package without requesting it!!!!!!

Why is DStv charging people for a Disney+ subscription? The answer is relatively simple…

Responding to the outcry, DStv has done everything it can to explain the confusion. They have since confirmed that those who were given a Disney+ subscription ‘against their will’ won’t be charged a single cent – because this is all part of the ‘Rewards System’.

Customers who have previously opted in to DStv Rewards often receive premium content, either for free or at a discounted price. This week, free access to Disney+ (for the next three months) was granted to applicable accounts, who can rest easy knowing there’ll be no additional charges.

Enjoy your free trial… or don’t!

So, if you don’t want Disney+, just ignore it and let nature run its course. Alternatively, those who want to take their 90-day trial further will be given a chance to opt-in or ‘reactivate the product’ when the time comes… all’s well that ends well, eh?

“MultiChoice is aware that the Disney+ subscriptions were opened for selected customers who opted-in for DStv Rewards. This is a three-month free subscription and customers who do not opt-in following this period will have the service automatically discontinued…”

“Customers who wish to continue viewing Disney+ will need to either opt-in or reactivate the product on self-service. This has now been communicated to all affected.” | DStv Care