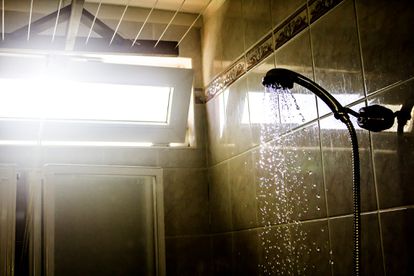 Do you pee in the shower You may want to read this
Photo source: Flickr

Do you pee in the shower You may want to read this
Photo source: Flickr

Although some people would never admit it, urinating in the shower is a lot more commonplace than you would think. But some doctors have warned against doing so, saying it isn’t good for the bladder.

ALSO READ | As SA sits in darkness, Cyril will ‘dine with King Charles’ on Sunday

According to urogynaecologist Dr Teresa Irwin, peeing while standing up empties your bladder effectively, but it also trains your brain to release urine whenever you hear water running – strange stuff, we know.

“You don’t want to do it all the time because what happens is every time you hear the sound of water your bladder is going to want to pee – because it’s used to hearing the sound of the water in the shower,” Dr Irwin explained on TikTok.

ALSO READ: An Uber driver’s reaction to a drunk woman peeing in his car stuns Mzansi

WHY YOU SHOULDN’T PEE IN THE SHOWER

Further elaborating, she says when you’re involved in another water-related activity, like washing dishes or doing laundry, your bladder is going to be salivating so to speak because it wants to go and pee, Daily Mail reports.

Another doctor echoed Dr Irwin’s sentiments. Dr Alicia Jeffrey-Thomas, who is a Boston-based pelvic floor therapist, also said on TikTok: “If you pee while the water is running then you’re creating an association in your brain between the sound of running water and having to pee.”

According to Dr Jeffrey-Thomas, without a strong pelvic floor, this could potentially lead to some leak issues whenever you hear running water outside of the shower. This applies to all genders, but is emphasised more for women, as the female anatomy was not designed to pee standing up.

“So try to pee before you ever turn on the shower water and if you get the urge to pee while you’re in there try to ignore it,” Dr Jeffrey-Thomas recommended.