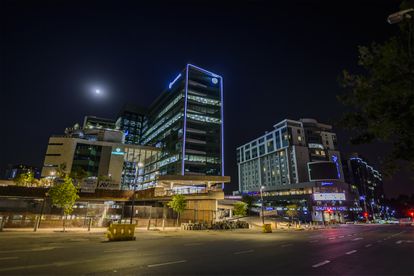 Okay, we’re listening. When the City of Johannesburg released its draft Integrated Development Plans for 2022 to 2027, there wasn’t a great deal of fanfare to accompany the bureaucratic document. But, tucked away on page 162, there is a section that ponders if the metro should pursue a new ‘mega tourism’ project.

We’ve got to say, the proposals are certainly eye-catching…

What new tourist attraction could come to Johannesburg?

The IDP – which is used to plan for all sorts of budgetary requirements in the major metropolitan area – considers the benefit of following in the footsteps of long-established tourism destinations, in order to revive the domestic industry.

City officials, it seems, are desperate for their own version of Egypt’s Pyramids. They want something as striking as the Eiffel Tower. They’re seeking an attraction that can inspire awe, in the same way Brazil’s Christ The Redeemer Statue can. In short, the CoJ is considering the cost of building something utterly iconic…

“Mega tourism iconic projects – including theme parks – should be investigated and developed, especially in large open areas found in the south, or west of the city, and in the Inner City to develop new tourist attractions.”

“Paris has the Eiffel Tower, the Louvre, and the Champs- Elysees; Rio de Janeiro has the Sugar Loaf and the Statue of Jesus; New York has Central Park and Time Square, Giza in Cairo has the Pyramids. There is room for the City to develop and package attractions beyond Soweto and the Apartheid Museum.”

‘Something like the Pyramids or Central Park – but make it South African!’

It’s likely that the cost of building a mega-tourist attraction could set Johannesburg back by billions of rand. But that price would be offset by a forecast increase in visitors, which would – in theory – help facilitate job creation in the city.

Therefore, the location of such a project must be carefully chosen. The City of Johannesburg says is has big plans for places like Diepsloot and Zanspruit, and believes it can revolutionise its ‘Deep South’ region with a tech-driven approach, designed to help unlock the potential of local township economies.

“Marginalised areas – such as Diepsloot, Ivory Park, Zandspruit and ‘The Deep South’ – could be used to pilot and experiment with smart technologies, including the deployment of 5G networks across Johannesburg.”

“The growth of the digital economy, and the new opportunities opened by the “New Normal” have immense potential for the development of township economies. These opportunities should be mobilised and harnessed in favour of the youth, women, and people who are differently-abled.”