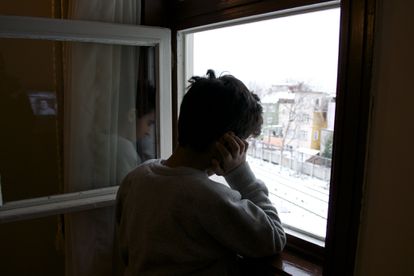 Are you lonely or know someone who is?
Photo source: Flickr

Are you lonely or know someone who is?
Photo source: Flickr

There are a range of negative effects from being lonely and unhappy, as was revealed in a recent study. Researchers from Stanford University and the Chinese University of Hong Kong have found that the consequences of social exclusion are a lot more harmful to humans than most people think.

Feeling lonely, hopeless and unhappy was found to quicken the ageing process, by as much as one year and eight months onto one’s age – that is five months more than smoking. According to experts, the chronic inflammation, caused by being unhappy, damages cells and vital organs.

ALSO READ: Whoa! This study about babies in the womb will blow your mind

WHAT WAS THE PURPOSE OF THE ‘LONELINESS’ STUDY?

The study on loneliness, hopelessness and unhappiness, was published on Tuesday in the journal Aging-US. The research was based on 12 000 Chinese adults. The findings indicate that a person’s mental health affects aging just as much as physical health.

The main intention of the study was to show that people can improve their physical health by targeting their mental health.

“In the (20th) century, scientific reductionism settled in practically every field of science,” he explained. “It did in biology — the organism consists of cells and molecules, so if we understand the molecules, we can understand the organism. This has narrowed our view in many aspects. One such instance is the study of aging. Aging is a multifaceted phenomenon with social and (economic)l components to it, but in biology, it is common to study it in a much more narrow sense,” said lead study author Fedor Galkin, director of Scientific Business Development at Deep Longevity Limited in Hong Kong.

Everyone has a chronological age – the amount of time they have been alive. They also have a biological age, which estimates the body’s decline based on factors including bodily functions and lifestyle.

Here is what the experts did: They used the participants’ blood samples as well as surveys and medical data to determine a person’s biological age. They were then matched by their chronological age and gender and had their results compared, to determine who was aging the fastest.