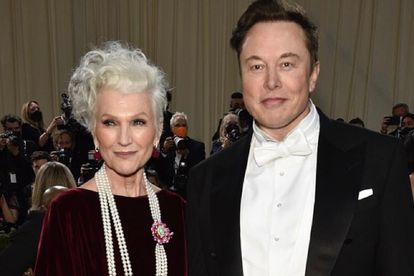 New Twitter boss Elon Musk stepped out on the 2022 Met Gala red carpet with his supermodel mom, Maye, on Monday 2 May. Image via Twitter @TheCynicalHun

New Twitter boss Elon Musk stepped out on the 2022 Met Gala red carpet with his supermodel mom, Maye, on Monday 2 May. Image via Twitter @TheCynicalHun

Maye Musk, mother of Elon Musk, has blasted the New York Times (NYT) to high heaven this week, after the iconic publication ran an article that claimed the billionaire benefited from his white privilege in South Africa.

The scathing piece suggested that Musk was blissfully unaware of the realities unfolding in apartheid SA, and questioned his stance on the brutal oppression of human rights in his home country. Needless to say, this article drew a major backlash after it went live on Thursday.

The NYT say that his sheltered upbringing in the ‘elite white communities’ of Gauteng means that he cannot position himself as a champion of free speech – he is now just days away from fully completing his Twitter takeover.

Elon Musk grew up in elite white communities in South Africa, detached from apartheid’s atrocities and surrounded by anti-Black propaganda.

He sees his takeover of Twitter as a free speech win but in his youth did not suffer the effects of misinformation. https://t.co/bciCJDWGGP

Some of the accusations made by the American media house have been perceived as ‘unfair’, and Elon Musk’s vast network of support on the social network certainly made their opposition to the article clear.

But there’s no doubt about who has had the final word on the matter. Maye Musk, who is a frequent Twitter user, shared a post that leapt to the defence of the richest man in the world.

She has accused the New York Times of trying to blame children for the atrocities of adults. She made comparisons between the apartheid government of yesteryear, and the modern day authoritarian regime in Russia.