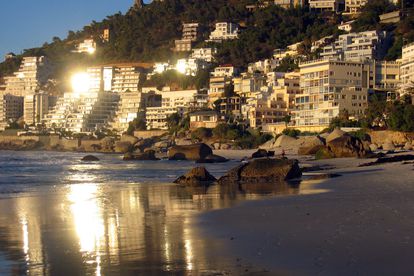 Never in doubt, was it? Clifton Beach is the ONLY South African representative in BeachAtlas’ top 30 countdown – and the London-based review service has hailed the jewel in Cape Town’s crown.

Perhaps the occasional sheep sacrifice has prevented Clifton from claiming the top-spot, but nonetheless, the enticing, ice-cool waters and impeccably-maintained sands have propelled this gorgeous part of Cape Town towards global acclaim.

Bora Bora in French Polynesia was named as the best beach in the world, closely followed by Source d’Argent in the Seychlles and Whitehaven Beach in Australia. Navagio Beach in Greece and Playa del Amor in Mexico complete the top five.

Other African entries on the list include Praia Dona Ana in Lagos, Nigeria, Agiba in Egypt, and the Diani Beach in Kenya. These entries were ranked 11th, 20th, 21st respectively. Clifton Beach, meanwhile, claimed 30th spot.

Why is Clifton Beach amongst the global top 30?

So, how did this corner of Cape Town manage to get itself on this exclusive list? Well, it wasn’t solely down to its breathtaking geography or stunning sunsets. BeachAtlas identified three rather practical factors behind Clifton’s success.

Cape Town ‘is SA’s only representative’ on the list

So, there we have it. The next time the sun comes out to play in Cape Town, locals should try and make the most of the internationally-renowned facilities on their doorstep. However, it might be a while before Capetonians can enjoy anything that even resembles ‘beach weather’.

Nonetheless, the experts remain highly enthused by what Clifton has to offer:

“There are four beaches named in a very creative way – 1st, 2nd, 3rd and 4th – that are separated with big granite boulders. Each of these beaches has its own type of crowd, and they have been awarded ‘Blue Flag’ status due to their cleanliness and safety records.”