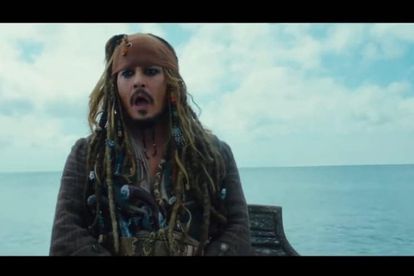 Last year you went to La La Land. You’ve also (probably) watched other movies such as Deadpool, Lion, Fantastic Beasts and Where to Find Them and Manchester by the Sea. Yes, 2016 really did ‘bring it’ with some spectacular films, but 2017 already locked in some awesome movies with much more to come.

Johnny Depp returns as Captain Jack Sparrow in yet another Pirates of The Caribbean franchise film. In this film Jack feels the winds of ill-fortune blowing even more strongly when deadly ghost sailors led by his old nemesis, the evil Captain Salazar, played by Javier Bardem, escape from the Devil’s Triangle. A must see for all Jack Sparrow fans!

2. The Fate of the Furious

The Fate of the Furious follows Dominic Toretto (Vin Diesel) being seduced by the one and only Charlize Theron into a world of crime that he just can’t escape from. The installment is set to be released on April 14.

3. Beauty and the Beast

It’s a “tale as old as time” featuring the gorgeous Emma Watson as Belle and Dan Stevens as the Beast. As Belle is taken prisoner she befriends the castle’s enchanted staff – a teapot among others…I mean you know the story. It’s been one of the most anticipated movies to be released this year!

Zac Efron and Dwayne ‘The Rock’ Johnson together in a movie? Yes, please!

A message from an old friend. #Kingsman pic.twitter.com/n4HShWktIK

This is an an upcoming spy action comedy film directed by Matthew Vaughn, and is the sequel to 2015 film Kingsman: The Secret Service…which by the way was awesome! If you loved ‘Eggsy’ (Taron Egerton) and Harry Hart (Colin Firth) strutting their stuff in the first film (with tailored suits and spy gadgets I might add), we can almost guarantee the next one will be even more adventurous because Channing Tatum and apparently Elton John is said to appear.

A new trailer starring Scarlett Johansson made its way online recently and looks like the perfect movie to watch with the girls. Watch the Rough Night trailer to see how a night out with the ladies for a bachelorette party can turn into a twisted nightmare. It’s almost like The Hangover…and looks hilariously funny!

We were introduced to Warner Bros. and DC’s Wonder Woman in Batman v Superman: Dawn of Justice. The girl looks like an absolute bad-ass and is simply a legend. That is why she got her own standalone film set to be released in June!

8. Guardians of The Galaxy Vol 2

A new clip of the franchise aired during the Kids’ Choice Awards and follows a young new protagonist Izabella (played by Isabela Moner) and a apparently a new Autobot named Canopy. Luckily they are also bringing back Mark Wahlberg as Cade Yaeger!

Starring our third Peter Parker in a decade! Tom Holland took over the role as everyone’s favorite nerd Peter Parker, making him the second Brit to do so. Our new Spidey was initially introduced in Captain America: Civil War and while we didn’t really know what to expect, the trailer proves the movie is set to be quite cool. Even Iron Man features in it!