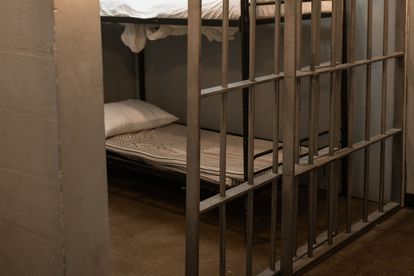 The 32-year-old man allegedly met the girls on Sunday 29 May at Tower Mall in Jouberton, Klerksdorp.

MAN LURES GIRLS TO HIS PLACE AND ALLEGEDLY RAPES THEM

The man, driving a Mazda sedan, allegedly lured the two girls to his parental place in Extention 22.

Police spokesperson, Brigadier Sabata Mokgwabone said the man allegedly raped one of the girls while the other managed to escape.

“The escaped girl allegedly went back to the place the following morning to fetch her dress, but the suspect chased them away,”

Little did the suspect know that the girls had already narrated the incident to one of the residents.

Mokgwabone further said that the girls’ reported the incident to their parents who in turn, reported it to the police for investigation.

One of the girls’ fathers then related the incident to a police officer who is on vacation leave on Saturday, 4 June 2022.

“The member followed up and sought assistance from two other police officers who were on rest days. The trio traced the suspect and eventually arrested him at his place on Sunday, 5 June 2022,”

He added that the investigation into the matter continues.

Meanwhile, the suspect will appear before the Klerksdorp Magistrates’ Court on Tuesday, 7 June 2022, for rape.

Kwena thanked the members for their commitment and displaying service excellence which resulted in the arrest of the alleged perpetrator.

Meanwhile, a serial rapist linked to a series of offences he committed at Tshing in Ventersdorp, was sentenced on Thursday.

Lucky Lehloo is sentenced to two life terms for rape and a cumulative 293 years for other serious offences that include other rape charges.

He is convicted of 13 counts of rape, 8 of robbery with aggravating circumstances, 1 of assaultGBH and 1 of assault. He pleaded guilty to all for them.

ALSO READ: Family of a woman found BRUTALLY murdered with her infant lying next to her sought [Update]