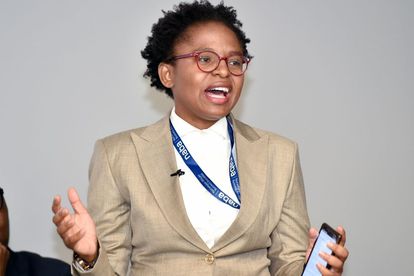 Minister of Communications and Digital Technology Khumbudzo Ntshavheni revealed that government is on track with the installation of digital TVs in SA. Photo: GCIS / Flickr

Minister of Communications and Digital Technology Khumbudzo Ntshavheni revealed that government is on track with the installation of digital TVs in SA. Photo: GCIS / Flickr

All households that applied in Gauteng have their digital TVs

The Minister explained that in Gauteng, all households that applied in 2021 had their digital TVs successfully installed.  Last year, Government introduced the shift from analogue TV to digital TV.

Households with an income of R3 200 or less a month, qualify for the set-top box installations for free. In November 2021, Ntshavheni explained that Government to complete the first batch of applicants’ installations by late June 2022.

Ntshavheni says Government is on track, despite issues

During Ntshavheni’s 28 April media briefing, she said the plan remained. This is despite the floods that ravaged KwaZulu-Natal and other problems that impacted the progress of the broadcasting digital migration programme.

Ntshavheni explained that the Department of Communications and Digital Technology was targeting completing installations in the Northern Cape before the end of this week.

“We’re targeting that by 30 April, we should’ve concluded [installation of digital TVs]. Equally, we’re on course to completing many installations in the month of May and June 2022 across the provinces,”

How does one qualify for a subsidised set-top box?

Government will subsidise households that depend on social grants and those with a monthly income of less than R3 200. Households must also have a functioning TV set and TV licence. If you tick these boxes, you must register at your nearest Post Office to qualify for the STB subsidy.

Households that earn more than R3 200 per month are expected to purchase their own decoders or STBs.

Why is the country migrating from analogue to digital TV?

South Africa coordinates its frequency plans with other countries to ensure there is no interference with other broadcasting signals. As the world is migrating from analogue to digital TV to release spectrum that is needed for a variety of telecommunications services, SA is doing the same.