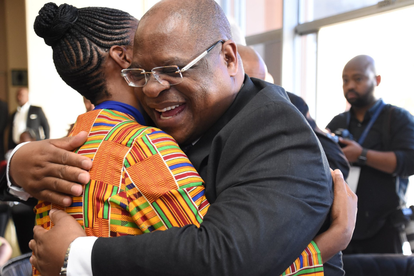 The Office of the Chief Justice has launched an internal review into the awarding of a multimillion-rand tender. Photo: The South African Judiciary/ Facebook

The Office of the Chief Justice has launched an internal review into the awarding of a multimillion-rand tender. Photo: The South African Judiciary/ Facebook

The Office of the Chief Justice (OCJ) has brought its supply chain processes into question. This is after it awarded an information communications technology (ICT) tender worth R225 million to a company linked to three former employees.

The erstwhile OCJ officials are partners in SA to Canadian multinational media conglomerate Thomson Reuters. According to the OCJ, it will take three months to finalise its review into impropriety and announce the findings publicly.

Reports allege the former top guns corruptly set themselves up for the large slice of the contract. Following the revelation and mounting pressure, the OCJ decided to conduct a probe into all its supply chain processes.

They all served their last day as OCJ employees on 31 May after resigning last month. The trio began their controversial venture the next day after reportedly influencing the tender selection process.

Reuters, the international news agency owned by Thomson Reuters, meanwhile reports that the latter subcontracted 30 per cent of the deal to supply court software to a company called ZA Square.

The company was created just five days after OCJ awarded the contract to Thomson Reuters. Read an excerpt of the statement from the OCJ below:

OCJ committed to rooting out impropriety